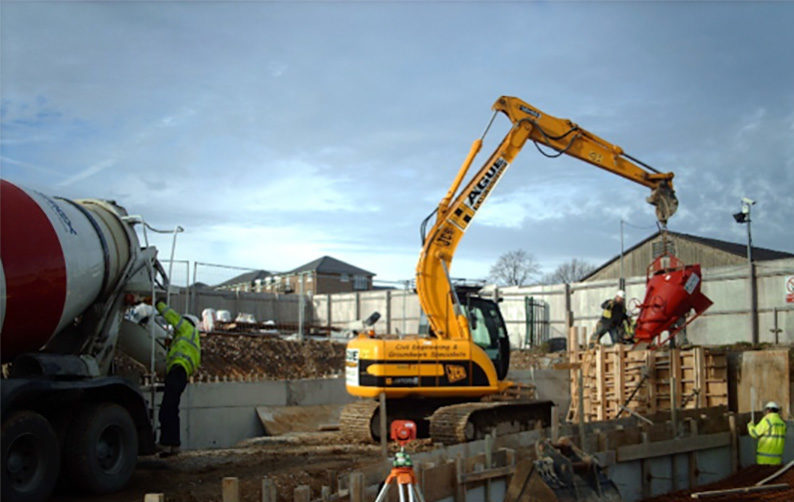 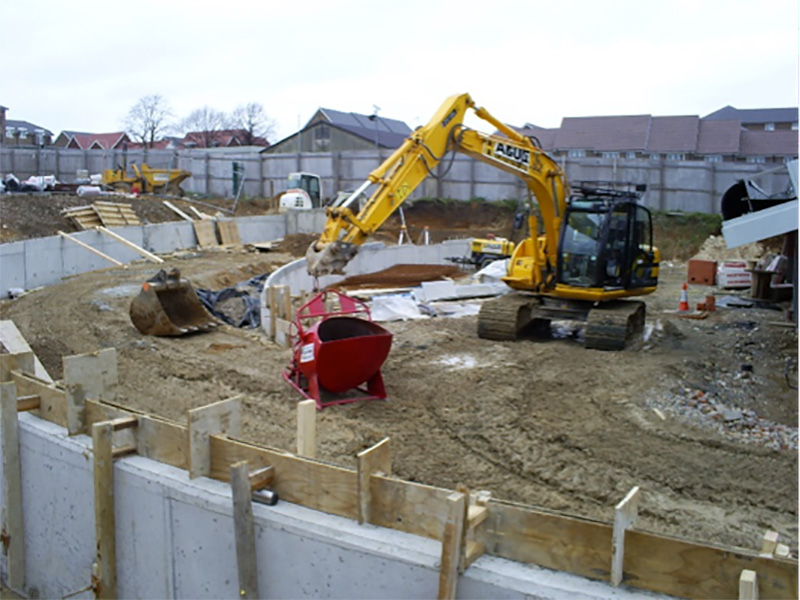 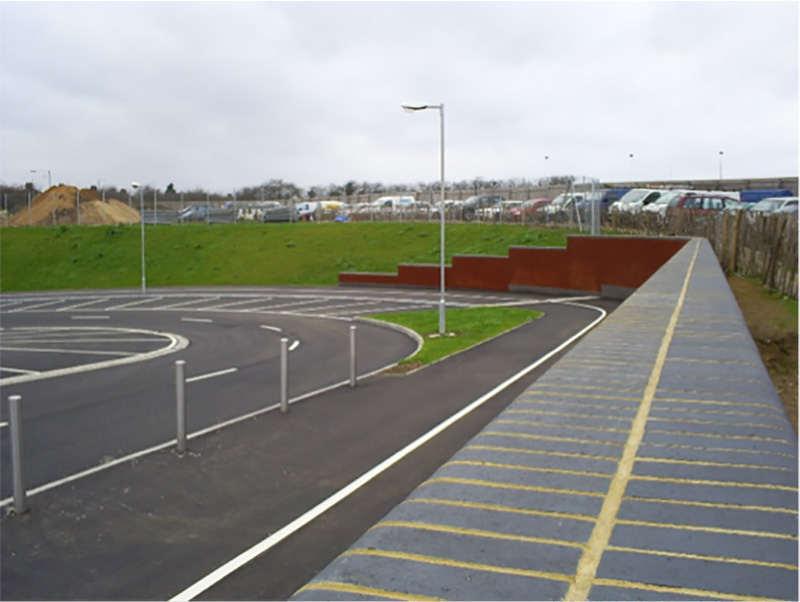 This project comprised of refurbishment / new build of a primary school, adult education facility and nursery school, all located on the Westgate Campus in central Dartford.

The school remained in occupation for the duration of the construction period which required careful phasing and sequencing to accommodate the pupils and staff. Hague Construction were contracted carry out the groundwork package.

The reduce level excavations generated 15,000m3 of spoil which was both reused on site & disposed off-site. Certain areas of unexpected contamination were encountered during excavations and remediated accordingly.

Numerous retaining walls were constructed to allow the excavated material to be re-used, including bespoke curved reinforced concrete retaining walls.

The groundwork package consisted of substructures for 2 new school buildings a new sports hall & an extension to an existing building, 2 new car parks with over 200 spaces and 4 new multiple use games areas. This included all associated foul and surface water drainage, stormwater attenuation, petrol interceptors, service trenches and external paving.