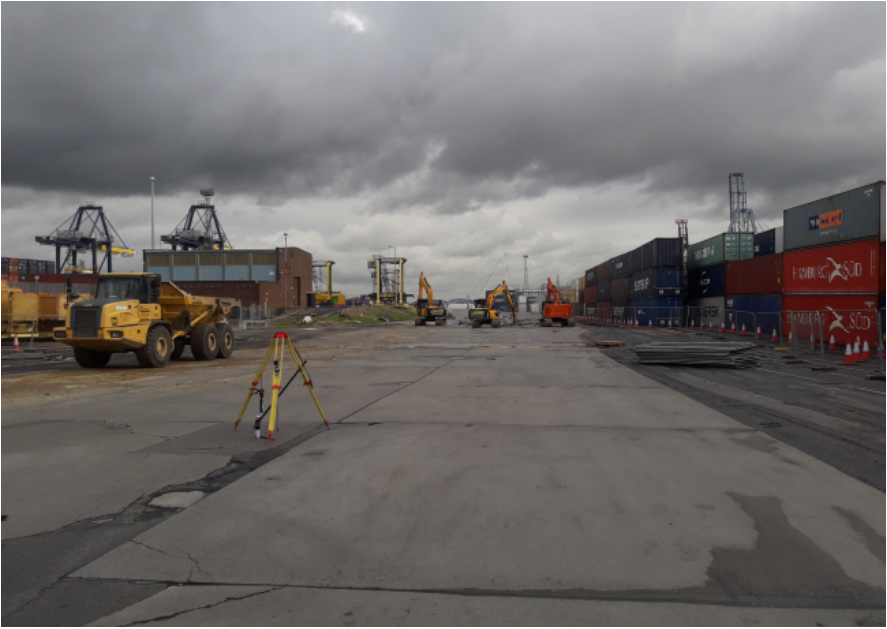 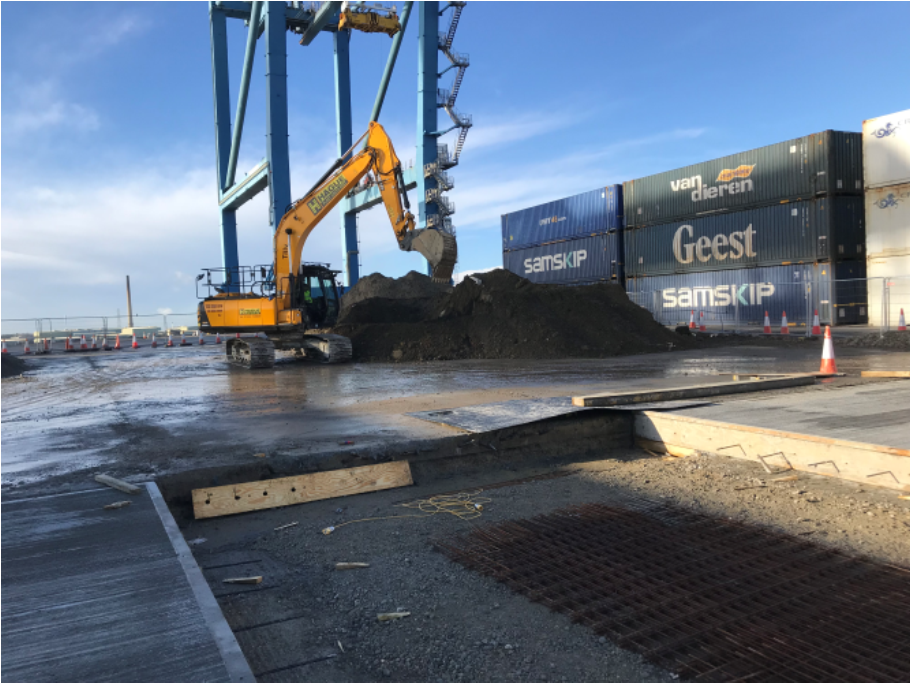 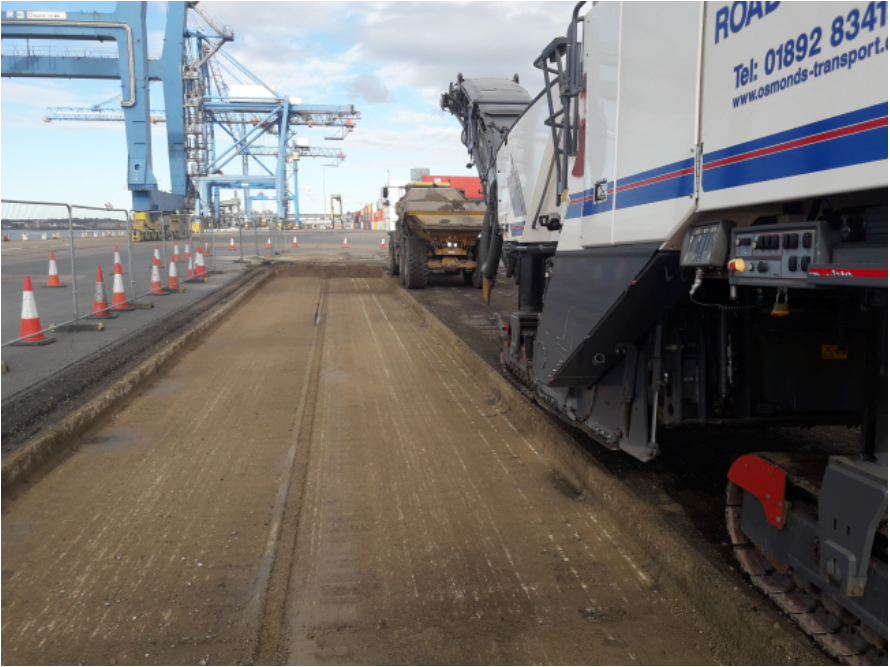 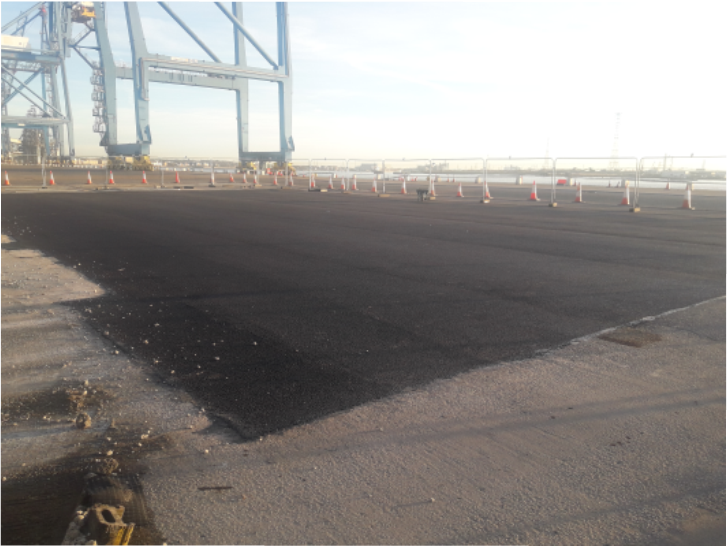 Hague was engaged by Port of London Tilbury to undertake paving repair works in two areas within the busy London Container Port.

The works presented challenges in terms of their location in a busy live operational situation.

Area 1 involved the breaking out of each existing failed concrete bay and replacement with new reinforced concrete slabs within the main avenue of the container berth, which was highly trafficked by straddle carrier cranes loaded with containers to a total weight of 120 tons.

We were able to maintain and install the concrete bays to fine tolerance surface levels which were critical to the safe operations of the port activities and the equipment trafficking them. During the breaking out of all the existing slabs we found a secondary slab beneath which had not been originally identified in the works information. Hague was able to mitigate the programme and cost implication to the project by engaging our in-house labour and equipment resources to address the problem promptly.

Area 2 of the works was located immediately alongside the sea vessel berthing point which was therefore the location of one of the most densely trafficked positions across the port.

In order to provide a suitable load-bearing pavement whilst minimizing the period of inactivity in a critical location. Hague engaged a construction specification for the build up of cement bound granulation material (CBGM) with a polymer modified Bitumen (PMB) macadam overlay to support the fully loaded straddle carriers.