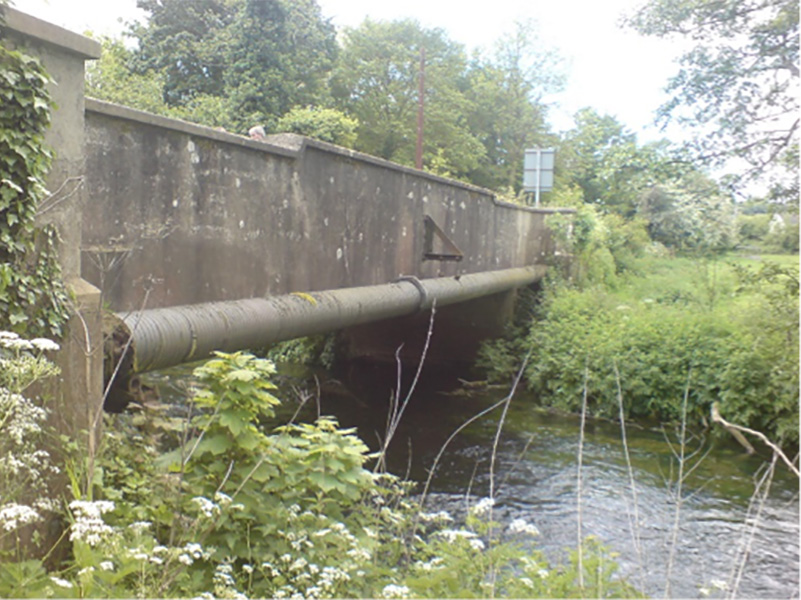 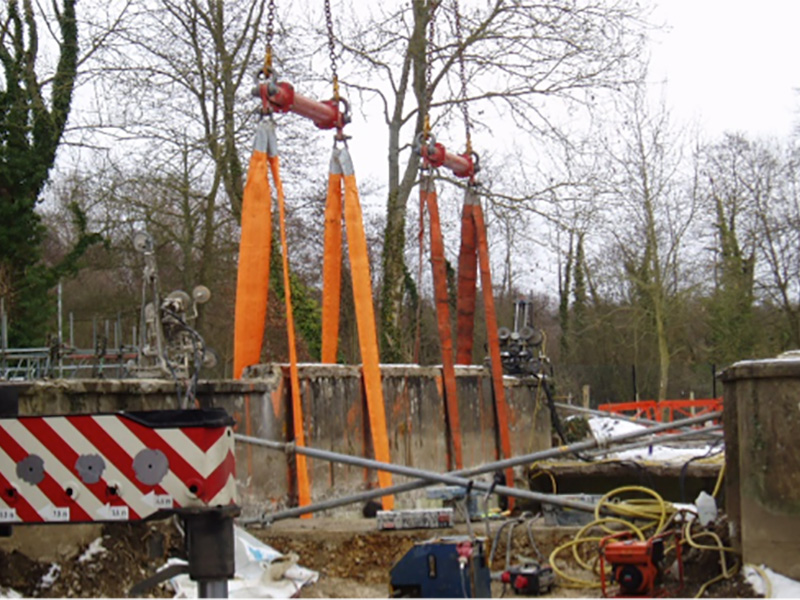 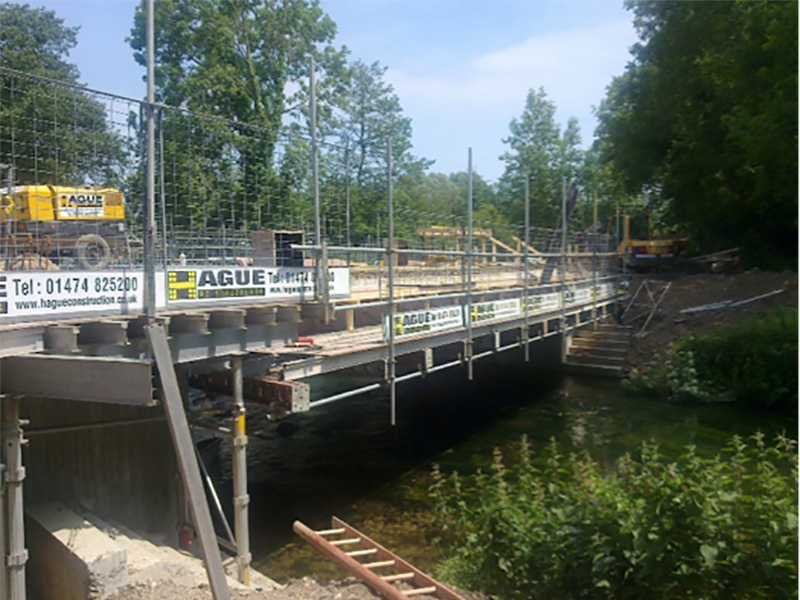 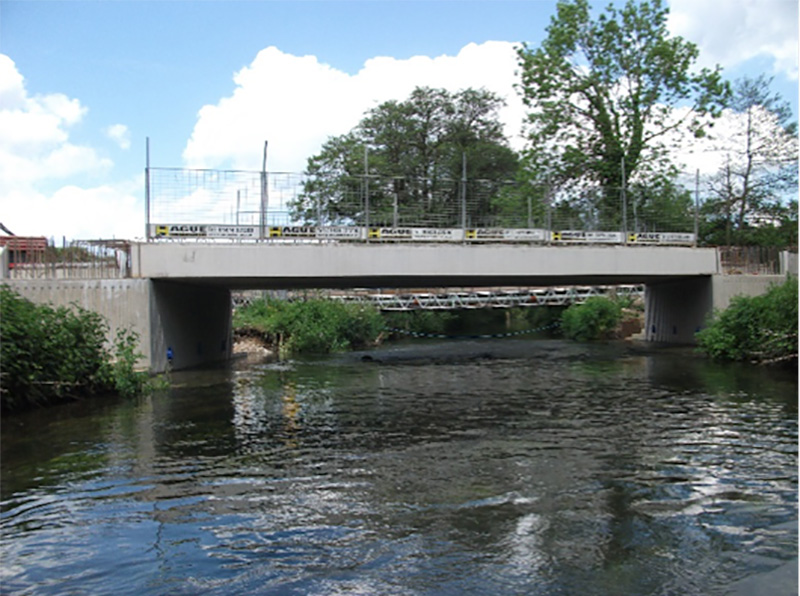 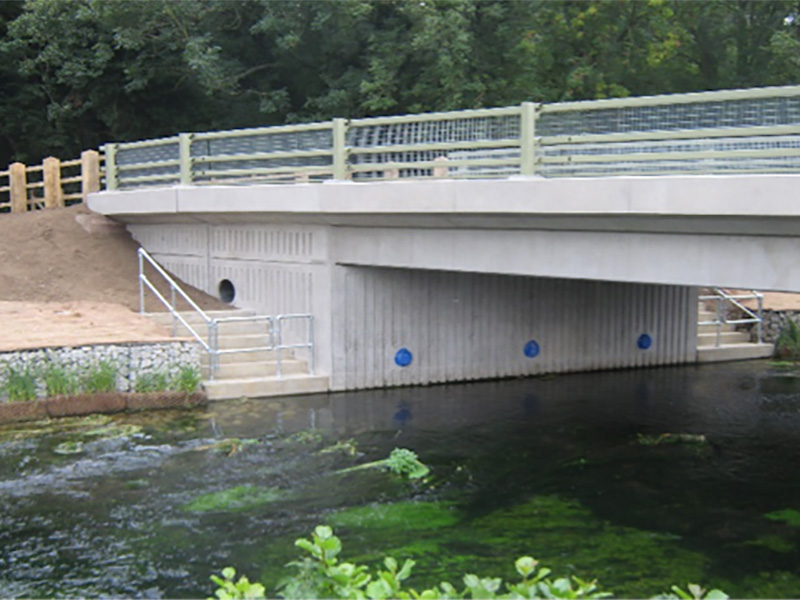 The existing Stile Farm Bridge needed to be demolished and a new structure had to be built using specialist suspended formwork, to allow the forming of concrete parapets which restrain the metal safety fencing.

The demolition of a failing road bridge built in the 1920’s which carried a high pressure gas main and construction of modern reinforced concrete bridge above the Great Stour river.

Due to the difficult location of the bridge, accessed via a narrow country lane containing a mainline rail route crossing, access routes had to be improved and consultations held with the train operators to arrange agreed crossing times for the specialist plant required.

A temporary footbridge was erected to allow pedestrian access across the river and to carry services that had to be diverted during the construction.

A complex crash deck, designed to protect the valuable fishing river beneath had to be established prior to any deconstruction works commencing. Due to the design of the existing bridge a detailed deconstruction plan had to be designed and implemented.

Two large concrete sections of the bridge had to be removed by mobile crane, requiring a complex lifting plan to be developed by Hague Constructions appointed person. Each section of concrete weighed in excess of 22 ton requiring a 220 ton mobile crane to remove.

Once the bridge had been removed, temporary cofferdams were installed to allow the construction of new concrete abutment foundations, concrete wing walls and diaphragm walls all finished with a bespoke visual feature requiring the use of high specification formwork

Recycled aggregates generated from processing the demolished structure were then used to backfill behind these walls, 18m long concrete beams were lifted into position, again utilising the 220 ton crane, between the two abutments.

Once the beams were in place a concrete deck was cast on top. Specialist suspended formwork was then installed to allow the forming of concrete parapets which restrain the metal safety fencing.

With the structure completed the services were re-routed across the bridge.

Concrete kerbs and new tarmac carriageway were reinstated across the new structure, working areas landscaped and the bridge was made open to the public.

From start to finish the project took 8 months to complete and the structure used over 1000 ton of concrete and 40 ton of reinforcement.